In this series, “What’s Love Got to Do With It?: The Gospel and Love in a Changing World,” we look at C.S. Lewis’s The Four Loves, John Paul II”s Theology of the Body, and “Can Love Conquer Injustice?” 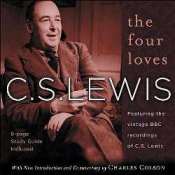 Tom is a well known speaker and writer on topics ranging from T.S. Eliotto C.S. Lewis and life in New York City, and is author of a number ofbooks including, Evangelical Is Not Enough: Worship of God in Liturgyand Sacrament, C.S Lewis: Man of Letters, & The LiturgyExplained amongst others.  Tom did his doctoral work at NYU onLewis’s friend Charles Williams and has taught English at boys’ prepschools in England & New York. A professor of English for many yearsat Gordon College in Wenham, he has also taught at St. John’s Seminaryfor the Catholic Archdiocese of Boston.  He is currently, in his ownwords, “retired.”  In his talk, Tom intends to “lay out Lewis’streatment of the four loves with which we mortals are all familiar:affection; friendship; Eros; and charity. Each one raises all sorts ofpiquant questions that put us all under pretty close scrutiny!” Join us to hear more!

Angela writes, “John Paul II’s theology of the body has been called a “time bomb” waiting to go off in the 21st century. Has its time come? Hear what is so remarkable about this theology and what it tells us about being male, being female, and being human.” This is indeed going to be an interesting, insightful, and thought-provoking presentation.

Angela and David each hold a doctorate in systematic theology from Boston College. Angela is the Director for Theology Programs for the Theological Institute for the New Evangelization. She is also author of Margaret Sanger’s Eugenic Legacy: The Control of Female Fertility, teaches theology part-time, and speaks and writes on theological and ethical issues. David is a full-time faculty member of Saint John’s Seminary in Brighton, Massachusetts. He is the Vice President for Mission for the Seminary’s Theological Institute of the New Evangelization. He and Angela served as the coordinators for the Massachusetts Catholic Conference Marriage Initiative, entitled The Future Depends on Love and are in demand as writers and speakers on a variety of topics pertaining to building a culture of life and love. Between them, their research interests include (but of course aren’t limited to), Trinitarian theology, Hans Urs von Balthasar, political theology, and the theology of the body. They are the proud parents of four children. 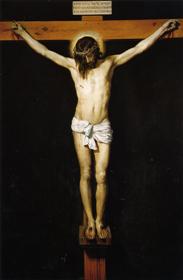 This week’s topic, “Can Love Conquer Injustice?” might rather be posed, “What’s the point of Love in a world rife with injustice?” We certainly talk about Love as Christians, but do we actually believe it changes lives and through those lives, changes the world? Dr Mary Troxell will be addressing some of these questions and more as she tackles the interplay of Love and Justice and our responsibility to exhibit both.

Mary is an Adjunct Full-Time Professor of Philosophy at Boston College whose specialty is German Idealism, Kant, Aesthetics, and the like. She has also been known to teach courses on the philosophy and theology of social justice. She received her PhD at Boston University and has been teaching at B.C. for nine years where she is a colleague of our very own Dr Jeff Hanson. Please come to hear, enjoy, imbibe, and discuss as we complete this series on Love, and keep your ears open for the next session to begin in late November.