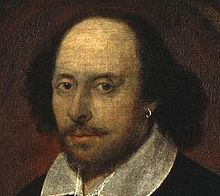 In this series we explore The Gospel according to…Mick Jagger, Damien Hirst, The Metaphysical Poets, and William Shakespeare.

The Gospel according to Damien Hirst
June 3, 2008

One of the most infamous and derided artists of the past 15 years, Damien Hirst first came to public attention by displaying various animals encased in large vitrines of formaldehyde. And while recent complaints have dealt more with his ostentatiousness (i.e. a human skull covered in diamonds), many miss the underlying Christian symbols and themes that permeate his work. This presentation will delve into the little discussed Christian principles that are at the foundation of Hirst’s provocative works.

Tyrus Clutter is a painter and printmaker originally from the midwest. His award-winning work has been exhibited in numerous group and solo exhibitions throughout North America and in galleries in Europe. Clutter’s work can be found in many private collections as well as in the Print Collection of the New York Public Library, and the collections of the Museum of Biblical Art, and the Spencer Museum of Art at the University of Kansas. From 1999–2001 he was art critic for the Boise Weekly newspaper in Boise, Idaho Tyrus currently resides in Massachusetts where he has worked as the Director of the non-profit organization Christians in the Visual Arts (CIVA) since 2003.

The Gospel according to The Metaphysical Poets
June 10, 2008

Swift overview of the so-called Metaphysical poets, followed by focus on one or two poems each of Donne, George Herbert, and Andrew Marvell.

Asst. Professor of English, College of the Holy Cross, Worcester.

The Gospel according to William Shakespeare
June 17, 2008